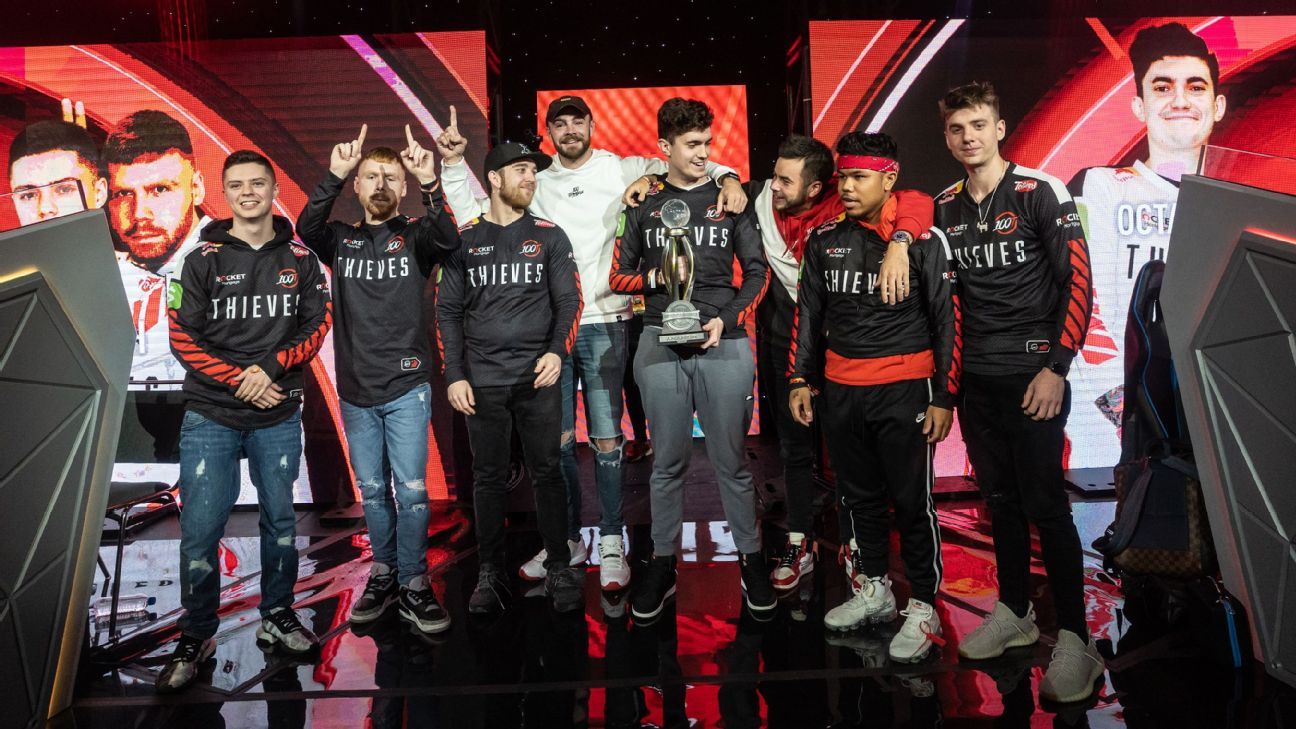 The 4th week of CoD Rostermania is here, and it has kicked off in the last week. This past week saw a lot of movement of players and staff signing to their new organizations.

After last weeks internet shattering announcement of H3CZ joining the NRG brand as Co-Ceo, Chicago has had a rather quiet week. The only big news that surrounds Chicago right now is a clip of Arcitys (Alec Sanderson) getting tricked into talking about scrimming with Seth “Scump” Abner and Matthew “Formal” Piper. The rumor that Arcitys would be joining up the T2P boys in Chicago has been floating around for a couple of weeks now, but at this time it’s still only conjecture.

Ladies and gentlemen, we got him

Atlanta is another team with a lot of conjecture surrounding their team as there are only rumors that Chris “Simp” Lehr, Preston “Priestahh” Greiner, Tyler “AbeZy” Pharris, Micheal “MajorManiak” Szymaniak, and McArthur “Cellium” Jovel will be teaming up. However, news broke today that Atalanta has signed James “Crowder” Crowder as the head coach for this year’s competition. Crowder is coming off a season as the head coach of the 100Thieves team, which had a lot of success by earning two first-place rankings in Majors and got second at champs. Atlanta will hope that he can bring those winning strategies to this year’s game and help established his team as a powerhouse in the new league for years to come.

Atlanta has also announced the signing of RjtheSlothBear or Rj as the assistant coach to Crowder. RJ brings a keen strategic mind that should mesh well with Crowder.

Please welcome another mastermind to our growing coaching staff.@RJTheSlothbear is coming to the 🅰️ as our Assistant Coach for Atlanta Call of Duty! 🔥🍑 pic.twitter.com/pujxvep9dh

There has been very little news from the Dallas team, as Hastro seems to be keeping his cards close to his chest. However, their Twitter page did post that we might get an announcement next week about their roster. That should come as good news to Dallas fans because James “Clayster” Eubanks and Ian “CrimSix” Porter are still being heavily linked to the team.

The Florida Franchise took to Twitter on the 23rd to announce that they have officially locked in their starting five. While they did not announce who comprises this team, it does seem as though they will be announcing it some time in the coming days. They are still being heavily linked to Chance “Maux” Moncivaez, we will just have to wait and see what direction this franchise heads.

Early last week we officially locked in our starting 5!

"I'm very excited about this roster because I know it's going to surprise a lot of people. The young talent (mixed with a few vets) have insane potential and will only get better with time." – @TomRyanOGRE2

London probably had the biggest week of any of the franchises, as they announced the core three of their team, and boy is it scary. London was able to lock down the services of the brothers Bradley “Wuskin” Marshall and Mathew “Skrapz” Marshall while also locking down Dylan “Dylan” Henderson. This is a pretty insane core three as all three are coming off phenomenal years. Dylan was arguably a top-five flex player last and the chemistry of the brothers should help build strong team unity. London has also finalized some of there managing team as well, with the acquisitions of ODEE as Managing Director, Micheal “Swizz” Butterworth as Gm, Joseph “Joee” Pinnington as Head Coach, and Shane “ShAnE” McKerral. With all these high-end acquisitions the London CoD could maybe feel secure in saying that it could be coming home for real this year.

The formally known Optic team announced this week that it had successfully acquired Eric “Muddawg” Sanders from 100Thieves to be their GM. This is a big get for Optic who needed a win after the several PR hits they’ve taken in the last year. Muddawg comes with a winning pedigree and the ability to build a roster and get them clicking in a relatively short amount of time. He will be looking to establish a new era of Optic, one that all the original GreenWall fans can be proud of again.

A message to the #Greenwall:

We’re excited to officially welcome Eric @Muddawg Sanders to the team as the new GM of #OGLA. https://t.co/RhJxffNuCZ pic.twitter.com/W21B84wPyt

New York has had a really slow news week but has promised on twitter that we will be getting an announcement tomorrow. This announcement will likely pertain to some signings they made, but we will have to wait and see. New York has been linked to names like Donovan “Temp” Laroda.

Paris has had little to no information leak about their roster. I haven’t even heard any linked players or rumors about the direction they’re going in.

Seattle is another team with no information coming from their official platforms, however, they have had a lot of rumors around who they might sign. They have been linked to players like Damon “Karma” Barlow, Sam “Octane” Larew, and Ian “Enable” Wyatt.

Kroenke’s team hasn’t been forthcoming with information and is one of a few teams in this years league that hasn’t established an official Twitter page. Not many players have been linked, but one player that has is Patrick “ACHES” Price.

Minnesota had a big week as they announced the core three players that they have signed. Minnesota has Aquiured Adam “Assault” Garcia, Justin “SiLLY” Fargo-Palmer, and Adam “GodRx” Brown. I find this to be the weakest core three to be announced so far as they are all really good support players, but I dont know how any of them will fair against the biggest and best teams that are yet to come. Time will tell whether the team will struggle or maybe surprise some people and put on a good show this year.

Toronto has been rather quiet in the realm of player acquisition but it does seem that they have their brand completely finalized. If they release it in the coming week it could be the domino that makes every other team also drop their brands. Another news item is that the Splyce brand is shutting down. This is sad news as Splyce has been a staple brand in CoD for a couple of years now. While this has no bearing on the franchise team, its sad to see a staple crumble away.